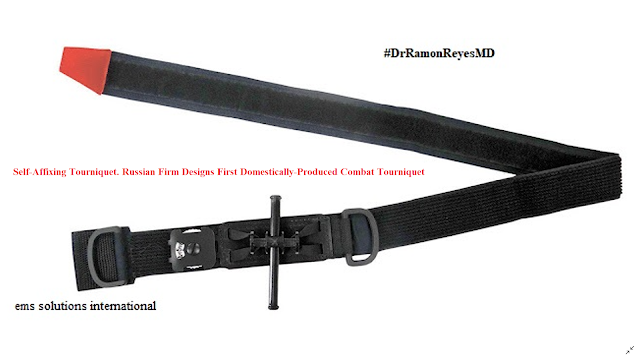 
Combat tourniquet, which enables the life-saving procedure to be performed single-handedly, was preformed by Russian medical engineering firm Medplant, according to media reports.

MOSCOW (Sputnik) — A new design for a combat tourniquet to stop blood flow in limbs following injuries on the battlefield has been unveiled by Russian medical engineering firm Medplant, media reported Monday.

The new tourniquets have been tested by the country’s elite police squads and by the Kirov Military Medical Academy in the extreme Antarctic climate. The tests revealed several advantages of the Russian design over the SOF and CAT versions, used by the US Army.
He pointed out that US tourniquets would unravel if not pulled until they are very tight, while the Russian model is provided with a row of security locks that allow the user to pause during the procedure.

"The tourniquet’s design enables a soldier to apply it single-handedly to an injured extremity. You only need to strap it on with the help of a hook-and-loop fastener and rotate the handle, providing pressure that stops the bleeding," he said.
self-affixing tourniquet

"Our tourniquets are more practical and easier to use in comparison to their western analogues," the instructor said. 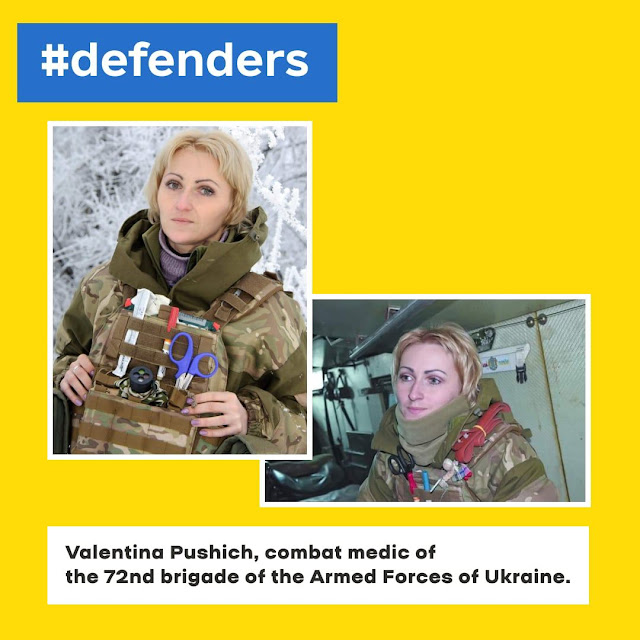 Valentyna Pushich, a combat medic of the 72nd Separate Mechanized Brigade of the Armed Forces of Ukraine.

At the end of 2015, she signed a contract and joined the Armed Forces of Ukraine to rescue the wounded in the East. For saving soldiers during the heavy fighting in 2017 in Avdiivka, she was awarded the Order for Courage of 3rd degree.

On February 27, Valentyna Pushich was killed during a massive russian air raid on Brovary. She was on her way to pick up the wounded.