In memory of the 150 students who died in Kenya . Very heartbreaking! 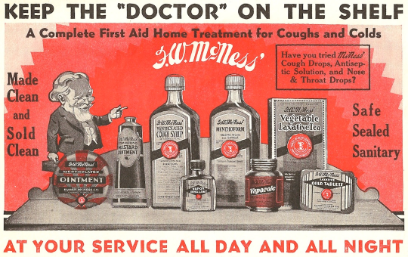 An article in the recently published International Travel Insurance Journal (ITIJ) Air Ambulance Review 2015 has highlighted a lack of consensus over the correct way to transport patients who have suffered a traumatic brain injury (TBI). Some members of the fixed-wing air ambulance industry who are quoted in the feature state that maintaining a sea level cabin pressure during such flights can safeguard against the potential for a damaging increase in intracerebral pressure (ICP). Others, however, suggest that flying at sea level pressure could instead do more harm than good.
Prof. Sean Keogh, a retrieval physician, professor of paramedic science at the University of the Sunshine Coast, and CEO at Australian Air Medical in Queensland, suggested that TBI patients should be flown at sea level pressure to avoid an increase in ICP: “Intracranial air is not an absolute contraindication to flying, and there is little evidence that it has ever caused a temporary or permanent neurological decline during air transport, but computer modelling suggests it may increase ICP as cabin pressure decreases. It seems sensible to fly all of these patients in a sea level cabin if possible.” Arizona, US-based Angel MedFlight also subscribes to this view, as Kimberly Halloran, vice-president of business development explained: “Altitude can increase ICP, which can be detrimental for patients with brain injuries. To reduce this risk, [we] might fly at a lower altitude than a standard flight, adjust interior cabin pressure, or administer medication to reduce ICP.”
However, three experts suggested that standard cabin pressure is acceptable, or even beneficial. Mark Wilson, a consultant in neurosurgery at Imperial College, London told the Air Ambulance Review: “In my view, pretty much anyone can fly in a commercial air pressurised cabin so long as they don’t have an excessive amount of intracranial air. Folks fly back from Iraq all the time having had de-compressive craniotomies, and as long as they are having good general care, there isn’t a problem.”
Saying that it is ‘interesting’ that many people believe that the effects of a lowered cabin pressure at altitude can cause an increase in ICP and therefore a deterioration in cerebral blood flow, Dr Terry Martin, medical director of Capital Air Ambulance in the UK, director of CCAT Aeromedical Training, and a consultant in intensive care medicine, said: “In reality, the cranium is an almost intact, fixed boney box and the small opening at the foramen magnum – the opening at the base of the skull – doesn’t play much part in transmission of external pressure to the contents of the cranium. Even if it did, the ICP would be lower, not higher.”
Meanwhile, Dr Thomas Buchsein, medical director of Flight Ambulance International (FAI) of Nuremberg, Germany, said that he finds the preoccupation of some in the industry with flying TBI patients at sea level cabin pressure ‘inexplicable’: “I have never understood this. Many people say ‘yes, let’s do it sea level, just to be on the safe side’. But it puts the patient at greater risk. It means you can’t fly as high as you normally do. You can’t fly above the weather, there’s more vibration and turbulence, you burn more fuel, and on a long-distance flight you have at least one, sometimes two or three, fuel stops, and that’s where the danger starts: what’s really dangerous for the patient is the acceleration and deceleration during take-off and landing. I think it’s very stupid to say ‘let’s go sea level to be on the safe side’. You are definitely not on the safe side.”
It seems that the effect of cabin pressure on ICP in TBI patients is (warning: pun) up in the air.
Read the full article via www.itij.com/reviews/current-review
Posted by EMS Solutions International at 4/04/2015 02:20:00 p. m. No hay comentarios: