New Backpack that transforms into bulletproof vest in less than 2 second. Following recent shooting incidents in schools and universities in the U.S, MASADA has decided to develop a highly awaited protective solution for students, to enhance their protection and boost their confidence.  MASADA has developed the Protective Backpack.  An Armored backpack, which has innocent looking from the outside, but when needed it transforms into front and back bulletproof vest.

The backpack is designed for regular student use, to carry books, laptop and other staff. The vest part is closed in separate section of the backpack and it cannot be seen at the daily use of the backpack.
The product weighs less than 3kg'. 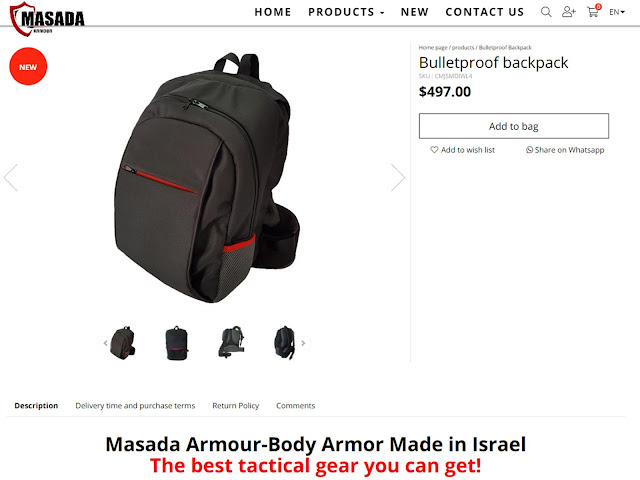 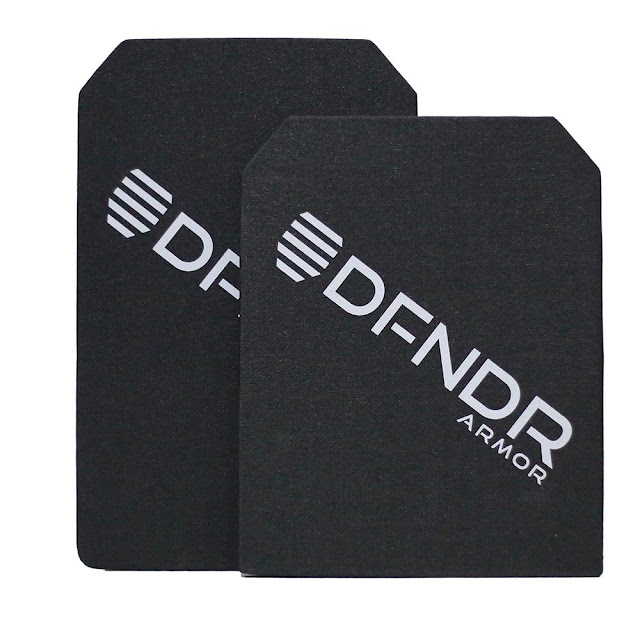 STAND ALONE ARMOR SYSTEM
Proudly Made in America.
DFNDR™ Level IIIA Backpack Body Armor is extremely lightweight starting at only 1 pound. This system has been independently tested to NIJ 0101.06 Standard to defeat multiple rounds of the .357 SIG and .44 Mag SJHP. This armor system is testing at the listed muzzle velocities below.
DFNDR Backpack Armor is engineered with the highest grade of ballistic materials; an ultra-high molecular weight polyethylene (UHMWPE) fiber bound with a resin matrix, to make it a rigid hard stand alone armor system. This armor is equipped with state of the art trauma reduction technology, mitigates spall and deflection of the projectile. This armor can be inserted into almost any backpack (make sure to measure your backpack, bag or purse). 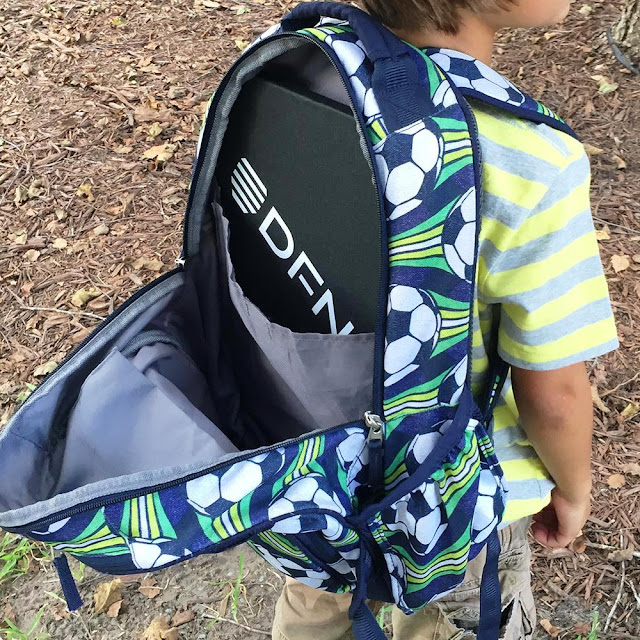 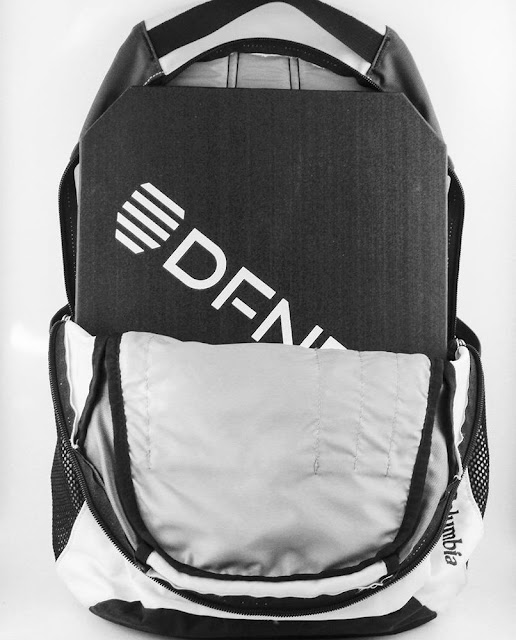 Bullet Proof Back Packs - No level of protection for children during Active Shooter incidents .... by Pete Yachmetz
Security Consultant
The school year in the south has begun. Other northern districts start in the next few days. Due to the very recent active shooter incidents many parents react to advertising regarding what has been termed by portions of the media as the must have item for back-to-school. Bullet Proof backpacks.
It is very important to realize protective vests termed bulletproof, similar to the type worn on every arrest while an FBI Agent are not actually bullet proof. They are bullet resistant. The same applies to supposed bulletproof back packs. They are not bullet proof but ballistic (bullet) resistant. This terminology implies a limit. Ballistic resistant materials only protect against different types of handguns and possibly knife slash. Essentially “nothing” is absolutely bulletproof. In a small percentage of instances, a bullet can pierce a vest or a bullet resistant back pack that’s been rated to stop them. If properly cared for, the vest should last five years.
Several issues when consideration is given to purchasing bullet resistant backpacks:
Cost. Approximately $175- and upwards.
Gun violence is high, but chances of being killed by an active shooter are small. You are much more likely to be struck by lightning in a thunderstorm.
In the unlikely event a student experiences an AS:
The backpack won’t protect them from the front or side.
Slung over the shoulder renders the back pack absolutely useless.
In an effort to flee an AS, students may panic, take off their backpack and run rendering the back pack totally useless.
The probability exists the student won’t have access to their backpack. Walking the hallways between classes during the school day, seated in class, in the cafeteria at lunch, in the auditorium for assemblies, recess in the playground, PT in Phys-Ed class, etc.
As an increase to security procedures many school districts are mandating students utilize clear see through back packs similar to the ones required at stadiums and arenas.
Bullet resistant back packs are made of what is called “soft armour”, a Kevlar style lite weight material. This substance used to produce bullet resistant backpacks is categorized as “Level IIIA”. This signifies the backpack is designed to protect against most handgun ammunition. .38, .357, 9mm, .40 & .45 caliber & .44 magnum. Read and understand the fine print and research if you do not.
In recent school shootings, mass shooters utilized AR-15 semi-automatic long weapons. Bullet resistant backpacks are useless to resist rounds fired from these weapons. The round is considerably more powerful, fired at a higher velocity, in rapid succession with significant impact.
For example a typical round fired from an AR-15 leaves the barrel traveling three times faster at high velocity (+/- 2900 FPS), strikes with three times the energy and lethality than rounds fired from a .38 (+/-840 FPS), 9MM (+/-1180 FPS), 40 caliber (+/-1300 FPS) .357 (+/-1510 FPS). All available backpacks will do nothing to protect against a AR-15, 223 round.
“Hard armors” are designed to resist high caliber, high velocity rounds and tend to be quite heavy. Note: High velocity rounds penetrate steel plates at 500 yards. School backpacks are not made with the stronger ballistic-resistant hard plates. They would be too heavy to wear and carry for most, especially small children.
Finally, to guarantee anything absolutely bulletproof is naïve.
Bullet resistant back packs as protection for our children do nothing more than provide a warm and fuzzy feeling for parents who believe they just did something to protect their children.
Security professionals agree bullet resistant back packs will not protect anyone from an active shooter utilizing a high powered weapon utilizing high velocity rounds.
Active shooters are well aware of the same concerns you have.
Active shooters understand security deficiencies and how to take advantage of each.
Active shooters plan and prepare before engaging in their attack, i.e.- target selection, surveillance, observe schedules, ascertain site access, etc.
Nationwide, schools and other venues continue to be “soft targets”. The true manner to protect and address the problem of safety and security?
Everyone at all levels of responsibility must accept their obligation and endeavor to develop levels of preparedness to deter, deny, detect and delay another tragedy at the entry point before access is gained.
One blatantly obvious remedy has been staring us in the face prior to April 20, 1999. It provides the fastest and most immediate remedy. Prevent an active shooter by interrupting his/her plan before access is gained to the school. Concentrate upon single point of access. Combine overall access control, positive entry control systems. Proactive physical security policy, procedure and process.
A “School Safety & Security Assessment (SSSA)” assists with this endeavor. SSSA provides a picture of the level of safety and security, will identify and prioritize areas requiring improvement to protect students and staff. The assessment will review (amongst other areas) the entire venue, perimeter security, entry and access control, building interior and exterior, lighting, classrooms, windows, key reporting, communication, reporting, personnel and equipment, emergency plan, etc. How effective are the security policies and procedures that have been implemented? Awareness of present and future risk, threats and vulnerability?
Use of School Resource Officer(s)? One School Resource Officer (SRO) placed within each school during the school day is barely a microscopic portion of the remedy. One SRO believed to be the sole solution to school security is careless, neglectful and very naive.
A “School Safety & Security Assessment”, is how responsible individuals begin efforts to protect, defend and limit active shooter incidents targeting all soft targets particularly our schools. 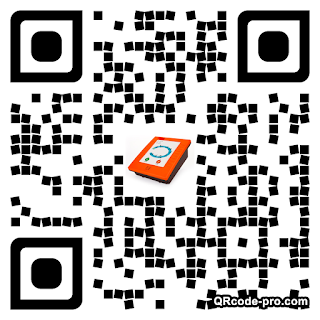 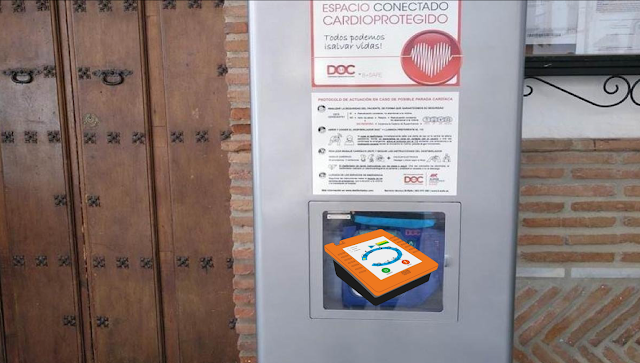 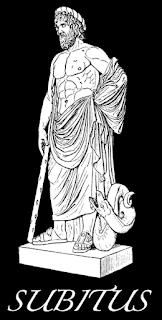