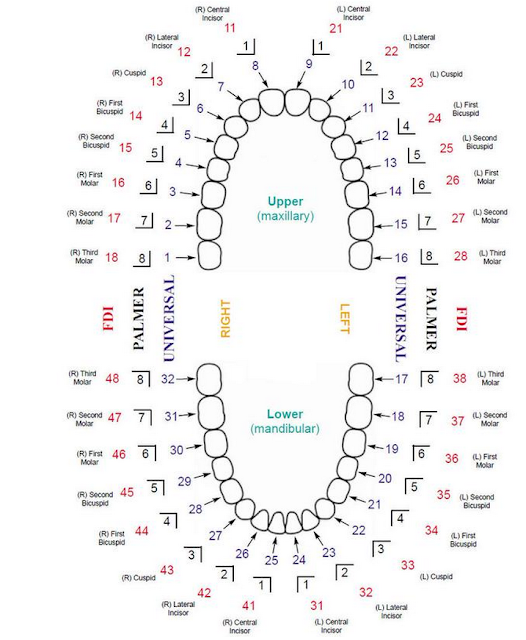 The most commonly used dental notation systems are:

This identification system is also known as the Zsigmondy system or the Grid system. It is the oldest and is prevalent in the UK. The oral cavity is divided into four quadrants depicted by the symbols – (┘└ ┐┌) with counting beginning from the center.  Thus opposing teeth would have the same number and the above symbols would be used to correctly identify the quadrant. The drawback with this system is that it is difficult to use these symbols in a computer system or to communicate verbally. Tooth notation for permanent teeth ranges from numbers 1-8 starting from the front teeth. Letters A-E are used for tooth notation for deciduous teeth.

Widely used in the USA, it is also known as the American system. In this number 1 is the upper molar at the right side of the patient and continues along the upper teeth with the third molar on the upper left side being number 16. The molar beneath number 16 is noted as number 17 and 32 would be the last lower molar on the right side below number 1. Capital letters A-T are used to identify deciduous teeth where the letter A is used for the upper first tooth at the right side while T would be the last tooth on the lower right side. Both, the Universal Numbering System as well as the International Standards Organisation System (ISO), are accepted by the American Dental Association.

This is used internationally and has been adopted by WHO. Its advantage lies in the fact that it can be computerized with ease. Sometimes referred to as ISO 3950, it utilizes 2 digits to identify a particular tooth. In this, the first number refers to the quadrant and the second number to the tooth within that quadrant. The individual teeth are marked from 1-8 starting from the front teeth. The quadrants are numbered 1-4 for permanent teeth and 5-8 for primary teeth where upper right is 1, upper left 2, lower left 3 and lower right 4. A similar pattern is followed for deciduous teeth. Normally, the chart is read from the dentist’s view, in which the patient’s right would correspond to the left chart.

Earlier, there was no standardized notation system for supernumerary teeth or extra teeth. However, it is now customary to add 50 to the notation in the Universal Numbering System for supernumerary teeth notation. For primary teeth, the letter S is added to the letter used for extra teeth in the deciduous teeth notation. https://dentagama.com/news/dental-numbering-systems 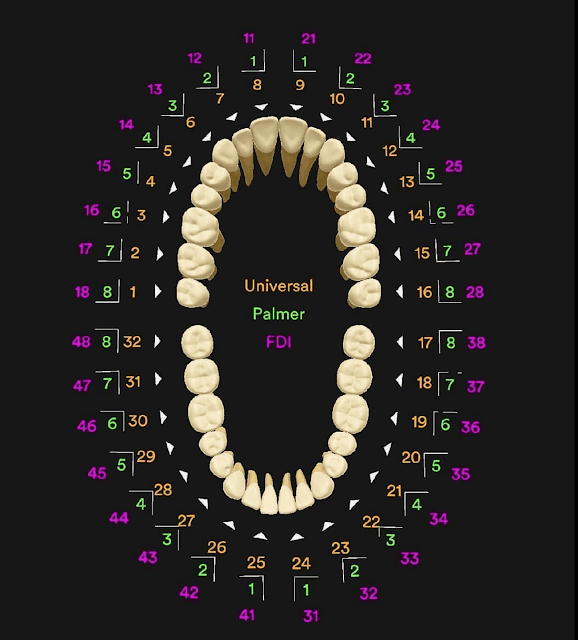 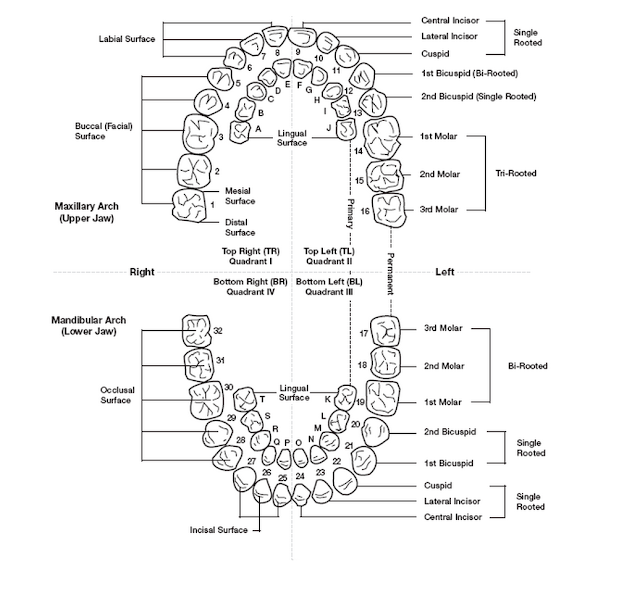 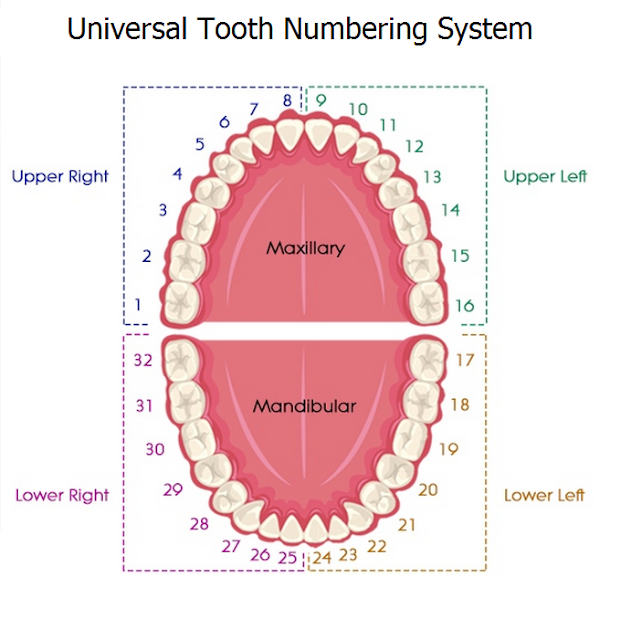 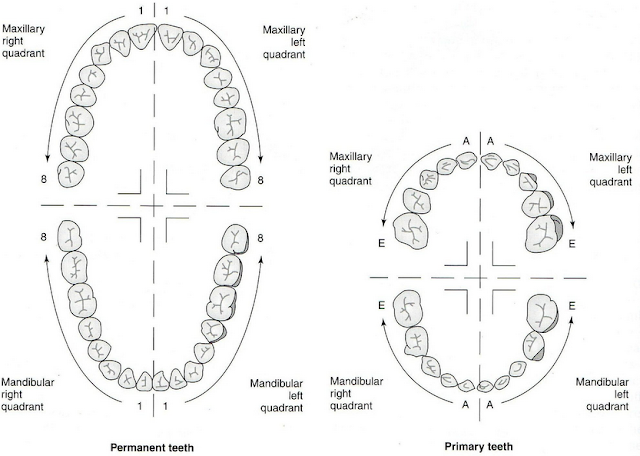 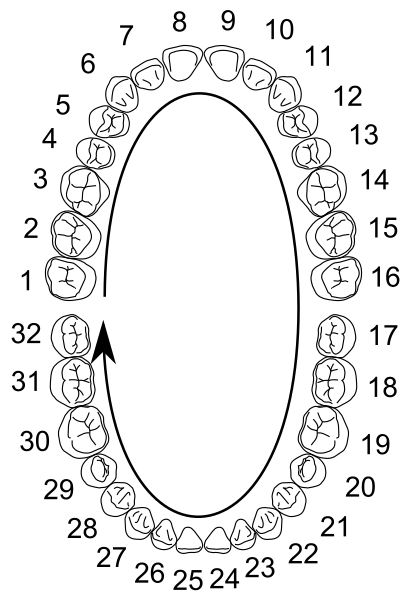