Hemorrhagic shock is a clinical state in which severe blood loss causes insufficient cellular oxygen delivery, leading to organ failure and, ultimately, death.1 Annually, over 60,000 deaths in the United States and some 1.9 million worldwide are due to hemorrhagic shock, with some 1.5 million of these cases associated with trauma.2,10
IV fluid resuscitation has become a staple of prehospital management of hemorrhagic shock. However, subsequent studies from both laboratory control models and post-transport patient outcomes have questioned this practice, suggesting that permissive hypotension (i.e., systolic blood pressure [SBP] of 80 mmHg or below in adults) or resuscitation with blood products leads to improved patient outcomes and survival.
It’s unclear whether, despite this evolving body of work, these recommendations have been broadly adopted by civilian EMS practices in the prehospital setting.
The authors surveyed the medical directors of many large EMS systems to determine whether the practice of permissive hypotension or the administration of prehospital blood products has been more widely adopted.
Methods
A survey was sent to the EMS medical directors of many large EMS systems (the “Eagles Coalition”) who were asked two questions: 1) Whether their system used blood or blood products during the prehospital resuscitation phase of hemorrhagic shock management; and 2) The blood pressure targets, if relevant, associated with their hemorrhagic shock resuscitation protocol.
For categorization of results, we defined the maintenance of SBP of 80 mmHg or less—or mean arterial pressure (MAP) of 45–50 mmHg or less—as “permissive hypotension.”
We excluded head trauma or pediatric resuscitation protocols, interpreting only traumatic hemorrhagic shock—both penetrating and blunt force—survey results.
Results
Of the polled group, 22 members responded to the survey. Resuscitation protocols weren’t consistent within the group, with four (4) general methods reported as resuscitation targets. 61% of respondents administer fluids to a predetermined target SBP, 5% to a target MAP, 5% to a palpable radial pulse, and 29% allow permissive hypotension.
Within the SBP group, SBP targets range from a low of 70 mmHg to a high of 100 mmHg, with the majority of respondents choosing a SBP resuscitation target of 90 mmHg.
With respect to fluid administration, 14% of the respondent group use no fluid resuscitation (i.e., employing strict permissive hypotension), 81% use crystalloid product (i.e., defined as normal saline or lactated ringers solution), and 5% use blood products. Results are summarized in Figures 1, 2 and 3 below.
Discussion
Our study indicates that a generally accepted prehospital protocol with respect to the management of hemorrhagic shock remains the subject of considerable debate. Data continue to suggest that limiting the use of crystalloid is a more optimal strategy for management of hemorrhagic shock, preserving normothermia and preventing excessive dilution of both red blood cell volume and clotting factors.13–16,19–23
Additionally, it’s apparent from clinical experience gained both in civilian centers and in military theaters that the administration of blood and blood products to patients in hemorrhagic shock is associated with improved patient outcomes.13,14
Moreover, 10-year trends of crystalloid administration secondary to hemorrhagic shock have been in decline, and civilian EMS system administration of blood and blood products has been determined as a feasible prehospital practice.17,18
Still, it appears that the practice has not been widely adopted by EMS organizations, as only 5% of respondents in our survey employed the administration of blood and blood products. 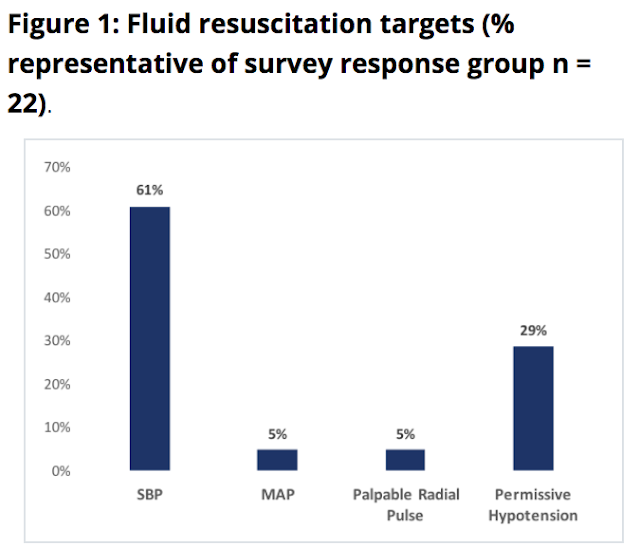 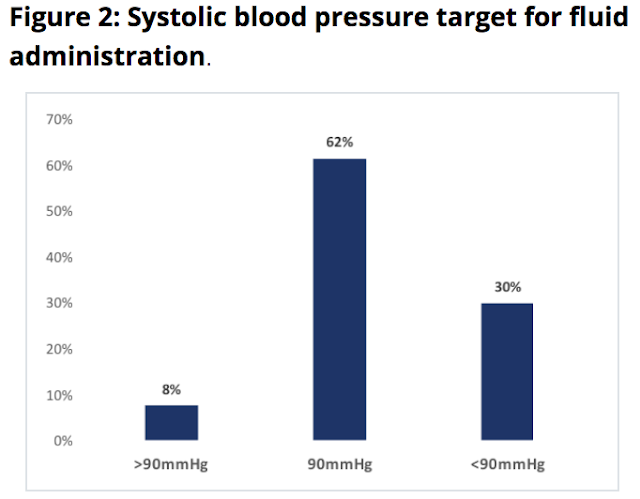 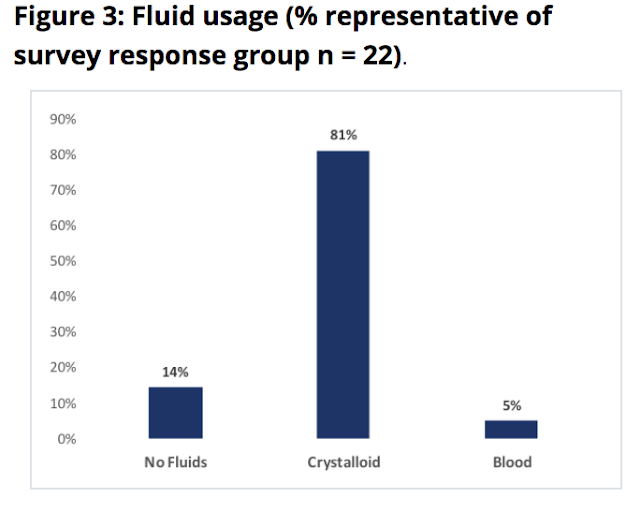 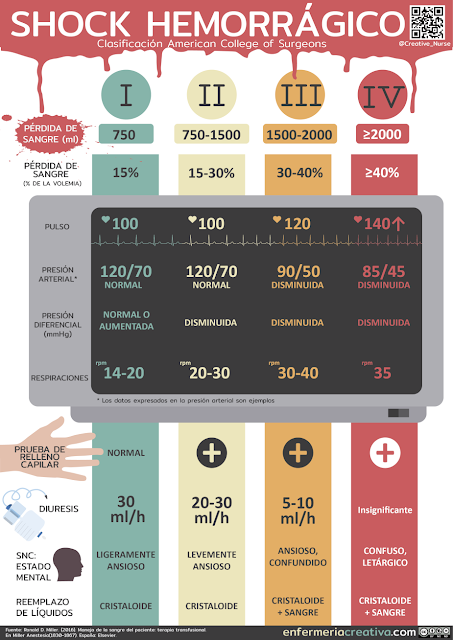