EMSWORLD
BY HAWNWAN PHILIP MOY, MD AND DANIEL CHARLES KOLINSKY, MD ON MAR 1, 2015
You’re a young resident physician on the first ridealong of your EMS rotation. The shift has been dull until boom!—a call comes over the radio, and suddenly lights and siren are at full blare. When the truck screeches to a stop, you hear the front doors open and people screaming outside. You mobilize the monitor and supply bag and wait for the back doors to open to jump out. However, when they open paramedics and firefighters quickly load up a 20-something African-American female who’s been shot in the chest.
Once she’s loaded the EMT calls out vitals: heart rate, 60; blood pressure, 70/40; respiratory rate, 22; oxygen saturation, 99%. You start your ATLS exam. Her airway is midline and patent. Breathing is clear on the left, decreased breath sounds on the right. You palpate weak pulses in the bilateral radial wrists. You remove the patient’s undergarments and note a gunshot wound to the right parasternal area. The paramedic confirms your findings and instructs you to needle-decompress the chest: “You know where to do it, right? Second intercostal space, midclavicular line. Here is the needle.” As you’re about to decompress the patient with a 14-gauge angiocatheter, you wonder if there is a better place to do it.

A retrospective review of patients undergoing needle decompression by prehospital providers concluded the procedure is safe to perform and, when done in the decompensating trauma patient, can have beneficial outcomes.16 Traditionally the recommended needle thoracostomy site has been the second intercostal space, midclavicular line (2ICS-MCL). However, within the last 15–20 years, this has come into question on multiple fronts.
As our population becomes more obese, the distance the needle must traverse becomes longer and the concern that the pleural space is not reached is heightened. The most recent Advanced Trauma Life Support manual recommends “inserting a large-caliber needle into the second intercostal space in the midclavicular line of the affected hemithorax,” but also notes that chest wall thickness can affect the chances of successful needle decompression.6 This was demonstrated as early as 1996 in a case report that noted after successful needle decompression of tension pneumothorax, when the pressure applied to the chest wall to insert the catheter was removed, the natural recoil of the chest wall dislodged the cannula from the pleural space and in essence recreated tension physiology.2
Another factor prompting consideration of alternative sites is secondary injury sustained from needle insertion. A 2003 case series presented three patients with pneumothoraces who were needle-decompressed in the 2ICS-MCL and eventually developed life-threatening intrathoracic hemorrhages.13The author’s concern was that this location was in close proximity to the subclavian vessels and internal mammary artery and its medial branches.13 A separate 2003 case report actually described cardiac tamponade from laceration of the pulmonary artery.3
Lastly it is important to point out that although a healthcare practitioner may know the proper site, that does not mean they can find it. This unfortunate fact was confirmed in a 2005 study that included 25 emergency medicine physicians, 21 of whom were ATLS-certified.8 Twenty-two (88%) of the physicians named a correct location, but only 15 (60%) were able to identify it on a human volunteer.

As patients become larger and the standard catheter length remains unchanged, entering the pleural space becomes more difficult, which may lead to failed decompressions and worse outcomes. This issue was examined by a series of retrospective studies that utilized CT imaging to document chest wall thickness (CWT) and radiographic decompression based on catheter length.
One study conducted in a U.S. region with a patient population known to have higher obesity rates compared CT radiographic needle compression success based on catheter length. Unsurprisingly, the longer the catheter length, the higher the predicted success rate. Results showed that the standard 4.6-cm catheter would reach the pleural space in 52.7% of the population, the 5.1-cm catheter would reach it in 64.8%, and the 6.4-cm catheter would reach it in 79%.4 Similarly, a 2009 study looked at chest wall thickness at the 2ICS-MCL in trauma patients. Using CT scans of 110 patients, it noted that using a standard-size angiocatheter (4.4 cm), needle decompression would be unsuccessful in 50% of trauma patients based on its patient population.15
Kenji Inaba, MD, and colleagues took this idea one step further. They conducted a retrospective review that compared CWT using CT imaging at the 2ICS-MCL to the fifth intercostal space-anterior axillary line (5ICS-AAL). Thirty randomly selected patients from four predefined BMI quartiles were included for a total of 120 patients. The results were notable for a stepwise increase in CWT in each BMI quartile at both sites. Furthermore, the CWT was statistically greater at the 2ICS-MCL compared to the 5ICS-AAL. Using a 5-cm needle, 42.7% of needle decompressions would be expected to fail at the 2ICS-MCL, compared to 16.7% at the 5ICS-AAL.10 These results were contradicted by a review done by Leon Sanchez, MD, et al. in 2011.14Scans from 159 patients yielded a statistically greater CWT at the fourth ICS and 5ICS-AAL compared to 2ICS-MCL. Additionally, the failure rate based on a 5-cm needle at the 2ICS-MCL was lower (33.6%) compared to the 4ICS-MAL (73.6%) and 5ICS-MAL (55.3%), all statistically significant differences.14
The next logical step was to assess the differences in radiographic decompression using a longer needle. Samuel Chang, MD, et al. performed a retrospective review of 100 CT scans from trauma patients comparing CWT and radiographic decompression success rates using 5-cm versus 8-cm angiocatheters. The results revealed CWT was significantly thicker at the 2ICS-MCL compared to 4ICS-AAL. Using an 8-cm needle, radiographic decompression achieved success at least 96% of the time independent of the site selected.
Using a 5-cm needle, radiographic decompression was achieved 66%–76% of the time at the 2ICS-MCL and 75%–81% of the time at the 4ICS-AAL. Authors also noted that radiologic noninjury (defined as the distance to a vital structure greater than needle length) rates were higher for the 5-cm needle (99% or higher at all sites) compared to the 8-cm (68%–100% depending on site). Furthermore, the lateral approach on the left significantly increased the risk of damaging vital structures, mainly the left ventricle, when using an 8-cm needle.5

The majority of the aforementioned studies comparing chest wall thickness were based on radiographic measurements alone. They did not consider variables for which a static image cannot account, such as chest wall compliance and recoil, changes in body positioning and other complications (kinking, occlusion, etc.). This underscores the importance of using animal models or cadaver trials.
One weakness in these studies is that when patients are needle-decompressed, they are lying supine with their arms at their sides and breast tissue falling to dependent positions, usually laterally. However, in the CT scanner, the arms are positioned above the head, which stretches and thins the muscles of the chest wall and redistributes breast tissue across the chest. Thus it is unclear how this may affect CWT at the 2ICS-MCL and 4ICS-AAL and the success rates of radiologic decompression versus true needle decompression (ND).15
A study done by a Canadian military group compared differences in complication rate, mainly occlusion risk, between the anterior and lateral approaches in a simulated model. Those authors strapped porcine chest walls to the chest wall of a volunteer soldier and performed ND, then prepped the patient on a military stretcher with arms adducted for a simulated two-minute transport. They visually observed bending/kinking of the catheters at the midaxillary line, especially when straps were placed to secure the arms in the adducted position. This was better quantified by indirectly measuring the threshold pressures to initiate flow through the catheter. The pressure required to establish flow through the catheter at the MCL was 7.9 ± 1.8 mm Hg. The pressure required to establish flow through the catheter at the MAL was higher, at 13.1 ± 3.6 mm Hg. Thus it was concluded that the lateral approach did not work as well as the anterior approach because the catheters were more likely to be kinked and occlude.1
A 2011 study led by Inaba used 20 randomly selected human cadavers to assess differences in CWT (distance) and ND success (entry intro pleural space) between the 2ICS-MCL and the 5ICS-MAL. NDs were performed on both the right and left sides using a 5-cm catheter. The CWT was statistically less at the 5ICS-MAL when compared to the 2ICS-MCL on both the right and left by 1 cm on average. Furthermore, the NT was successful 100% of the time in the 5ICS-MAL bilaterally versus 60% on the right and 55% on the left in the 2ICS-MCL, both of which were statistically significant. The study concludes that although their evidence suggests a lateral approach, trials with living humans are necessary before a change in practice should be advocated.9
It is often overlooked that the instruments used to decompress a patient with a tension pneumothorax are not primarily designed for this purpose. Consequently the catheters have an unacceptable and variable rate of failure despite being in the pleural space. This was demonstrated in a two-arm study that created tension pneumothoraces in porcine models until they reached hemodynamic compromise or pulseless electrical activity arrest. In the first arm, of the 19 created tension pneumothorax events, five catheters (26%) failed due to kinking, obstruction or dislodgment within five minutes of insertion, all associated with hemodynamic decline. Of the 14 that remained patent at five minutes, six failed to relieve tension physiology, for an overall failure rate of 58%. In the second arm, there were 14 tension pneumothoraces with PEA events treated initially with ND. The ND failed to restore perfusion in nine events (64%). A tube thoracostomy was performed as a rescue intervention and restored perfusion in eight of the nine NT failures.11

Based on the current evidence, advocating for a change in primary site selection is premature. However, there are some valuable conclusions that can be drawn from this pool of data. The fourth/fifth intercostal space at the anterior axillary line should be considered in trauma protocols as an alternative site. The British Thoracic Society has included the axillary approach as an alternative since 1993.12 Furthermore, after completing a study of their own that showed the viability of this alternative site, authors of the Tactical Combat Casualty Care Guidelines revised their guidelines to include the lateral approach as an acceptable alternative.7 There are circumstances in which the 2ICS-MCL may be difficult to access or contraindicated, including a gunshot wound, indwelling Port-A-Cath, AICD, overlying infection or protective body armor. An alternative site may be needed.
The data are unclear whether chest wall thickness is greater at the 2ICS-MCL or the 4/5ICS-MCL. In the series of studies focusing on ND, a trend of increasing needle length has been seen. With the increase in needle length, success of radiographic decompression increased. Based on the patterns seen in these studies, one can conclude that the 8-cm needles will maximize success rates independent of approach. However, note that with such long needles, the lateral approach may increase risk of injury to proximal vital structures. From the limited number of studies that have looked at differences in site safety, it appears the anterior approach is farther from vital structures and has less of a chance of injury with incorrect needle insertion.5 However, when needle angle is corrected to perpendicular, the risk of injury becomes almost equivalent.5
At this time there have been no large-scale prospective randomized controlled trials or meta-analyses that have led to a consensus statement. As a result, current practice is based on the various smaller retrospective studies. These studies present weak if not conflicting data. As such, it is difficult to make a new Grade A recommendation to transition to the fourth/fifth intercostal space at the anterior axillary line as the primary site for needle decompression. 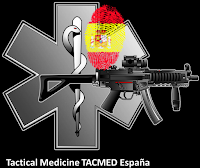 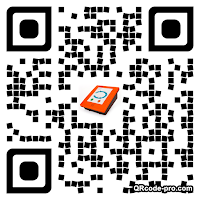 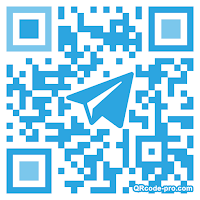 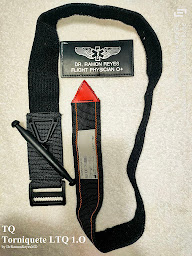